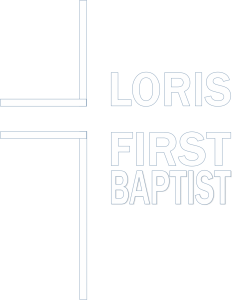 An open door to reach two IMB Lost People Groups was found in 2005 after a “divine appointment” between Louis Venable (at that time the pastor of Northbridge Baptist Church in Charleston) and Afif Saba (at that time an associate pastor of the oldest Baptist church in Nazareth).

After God arranged for them to meet in a restaurant near the Sea of Galilee during Louis’ first ever mission vision tour of Israel, Afif Saba convinced Louis that the Lord could use a partnership between “born again” Arabs and “mission minded” Americans to reach Arab Israeli and Bedouin Muslims for Christ. At that time, there were over 50+ IMB missionaries working full time in Israel to reach Jews for Christ; however, there were none actively involved with trying to reach the over 1.8 million Arabs who are living as citizens within the borders of Israel.

After bringing Afif Saba to America in 2006 for Southern Baptist Doctrine and Church Planting Training, Northbridge Baptist Church voted unanimously to begin partnering with Afif Saba to plant house churches in Nazareth (Afif’s city of birth). During an accountability tour in 2010, Louis and other members of Northbridge Baptist Church visited and worshipped in six (6) house churches throughout Nazareth which were hosted and filled with previous Muslims that Afif had led to Christ and baptized. Northbridge representatives were also taken by Afif down to the Negev to meet with Muslim Bedouin tribal leaders who were interested in hearing more about the gospel of Jesus Christ. This successful tripled Northbridge Baptist Church to realize two important facts: (1) The Lord had truly opened a door to reach “lost people groups” for Christ in Israel; (2) Northbridge needed additional partners to help them support Afif Saba continue to grow this evangelistic ministry.

In 2011, after partnering with 6 other Charleston area Southern Baptist Churches, Afif Saba planted and became the full-time pastor of The Good Shepherd Baptist Church (which was the first new Baptist Church planted in Israel in almost 40 years!). In 2013, this new church was recognized as one of the fastest growing churches in Israel and was formally included into the Baptist Convention of Israel.

In 2017, after hundreds of baptisms and TGSBC outgrowing their worship, discipleship, and parking space, Afif Saba and the partnering churches in both Loris and Charleston agreed that a new strategy and additional partnerships will be required in order to take full advantage of the open door to reach lost Arabs for Christ in Israel. Therefore, the Christian non-profit organization called UCAIM (United Christian for Arab Israeli Ministries) was organized and has been developing partnerships with “like-minded” evangelical organizations, including those in America and in Israel, with the goal to plant over 100 new house churches amongst Arab Israelis within the next 10 years!

"Therefore go and make disciples of all nations, baptizing them in the name of the Father and of the Son and of the Holy Spirit, and teaching them to obey everything I have commanded you. And surely I am with you always, to the very end of the age.” Matthew 28:19-20

"But you will receive power when the Holy Spirit comes on you; and you will be my witnesses in Jerusalem, and in all Judea and Samaria, and to the ends of the earth.” Acts 1:8